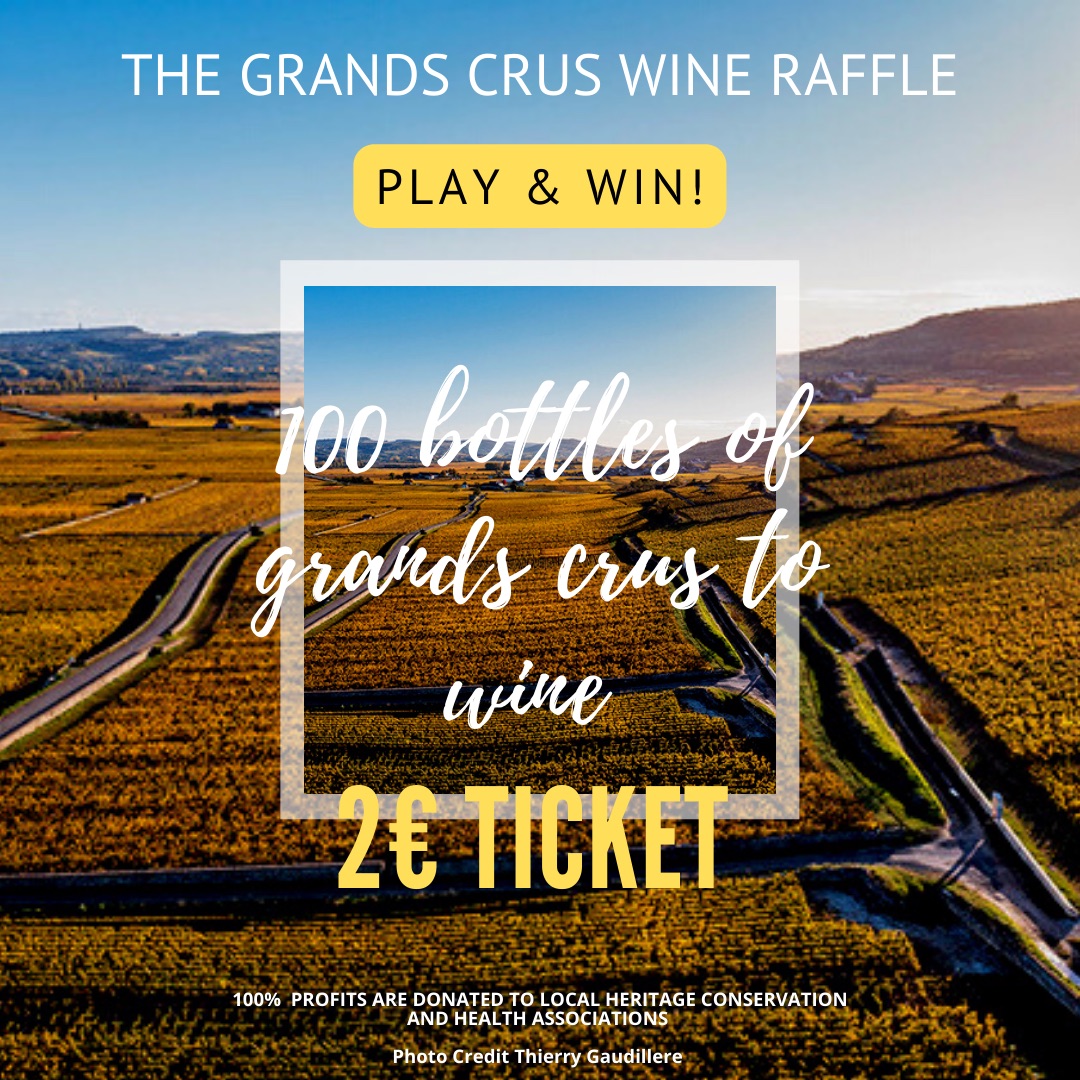 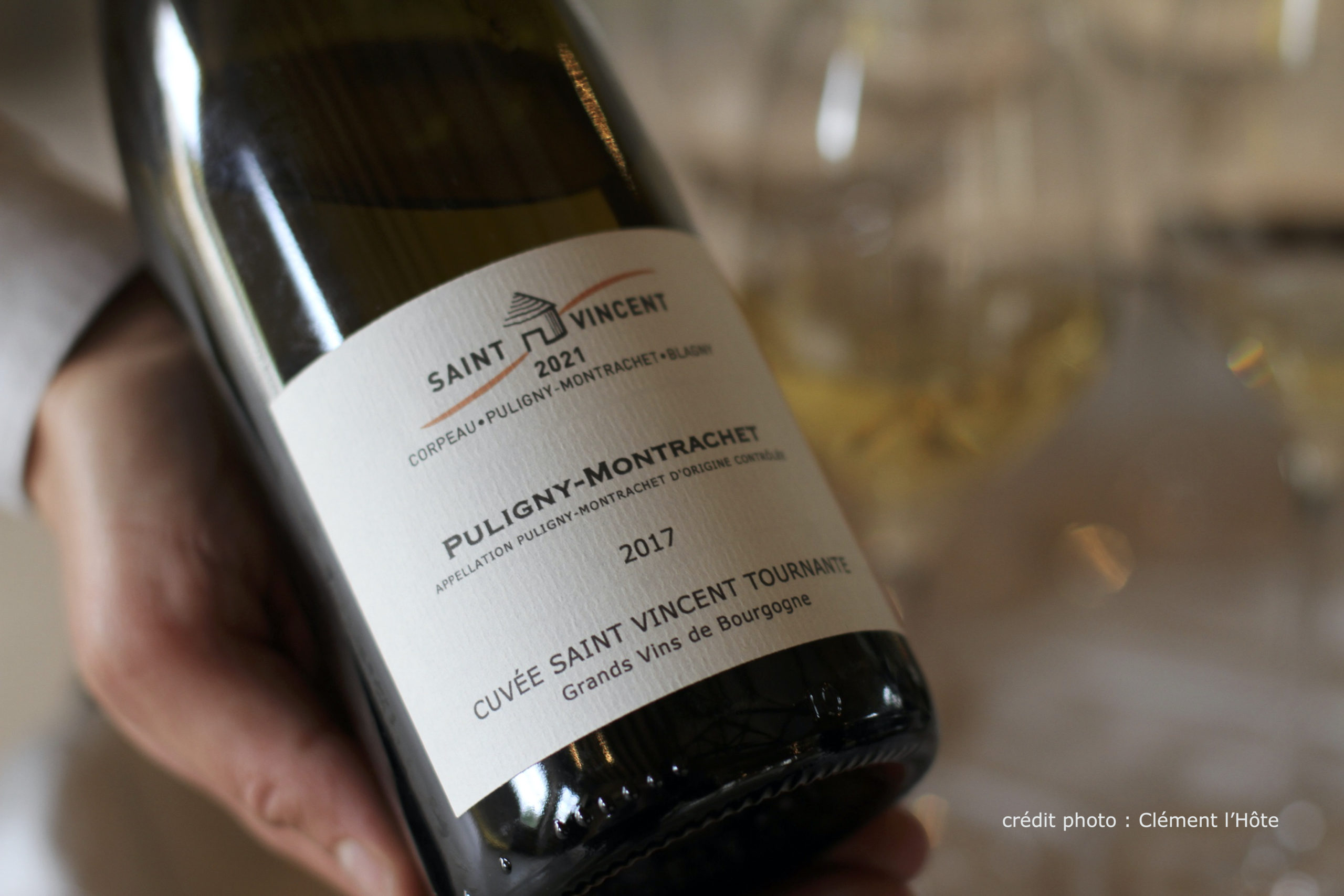 The Saint Vincent Tournante takes place every year and celebrates Saint Vincent, patron saint of the winemaker. Beginning with the Middle Ages, each village would have a “mutual aid society”, an association of communal assistance among winemakers, originally religious in nature and placed under the protection of Saint Vincent and that of each village’s own patron saint. For Corpeau this is Saint Martin; for Puligny, Saint Bernard. Each village has a statue of their own saint, entrusted to a different winemaker each year for safekeeping.

The Saint Vincent Tournante created in 1938 by the Brotherhood of the Knights of the Tastevin brings together some 85 Burgundian mutual aid societies. A grand processional parade of the patron saints of each society, in this way representing the solidarity of the villages, is followed by a religious ceremony dedicated to Saint Vincent and starts off the festivities of the weekend. Each village in turn takes on the role of organising this major yearly event open to the public. For weeks ahead of time the inhabitants work together to offer the visitors the most festive reception they can, decorating the houses, streets and shops according to a chosen theme.

The Saint Vincent Tournante is a festive expression of winemaker solidarity, secular and open to all: winemakers, wine-lovers and bons-vivants curious about Burgundian traditions.

A bit of history

The origins of the festival

The Saint-Vincent Tournante is the festival
of winegrowers and their mutual aid societies.

In the beginning, these associations were created with the aim of helping winegrowers who were sick or unable to take care of their vines. Each member came to freely give a few hours of his working time to compensate for the loss due to the winegrower’s illness or accident. Today, these associations still exist to promote mutual aid and perpetuate ancestral traditions.

In Corpeau the Saint Martin society was created in 1841.
As for Puligny-Montrachet, there is the Saint Bernard society shared with Blagny and created in 1826.
The brotherhood of the Knights of the Tastevin has played an essential role in maintaining these traditions, as it was at their very origins. In most villages, when there was a statue of the Patron Saint, it circulated among the winemakers of the village: every year, on January 22, a winegrower family took the statue in for a year and welcomed all the winegrowers, as today still, in his vat room.

But in the 1930’s, mutual aid societies no longer exist for the most part and to revive this tradition, the nascent Brotherhood of the Knights of Tastevin, created in 1934, decided to relight the flame. The idea is kept and applied regionally to Burgundy: the festival will rotate from village to village.

The first “Saint-Vincent Tournante” was held in Chambolle-Musigny
on January 22, 1938, then in Vosne-Romanée in 1939.

Even then the parade of mutual aid societies preceded mass in the village church, in the presence of the Bishop from Dijon. War intervened. The feast was reborn on February 1, 1947 in Gevrey-Chambertin where venerable former winemakers were inducted for the first time. Six societies parade in 1938, 15 in 1947, 20 in 1948, today a hundred or better. Since then the Saint-Vincent has continued by turn throughout Burgundy, for the first time in the Côte de Beaune in Meursault in 1949, then in the Côte Chalonnaise (1962 in Mercurey), in Chablis (1976), Macon and Chardonnay (2009), Châtillon sur Seine and the Crémants de Bourgogne in 2013.

For the past fifteen years, the 12,000 Knights of the Tastevin, throughout the 75 branch Commanderies of the Brotherhood, have been celebrating Saint-Vincent each year by tasting the wines of the chosen appellation and sometimes even organizing a parade on the day of the festival, such as in Ciudad Juarez in Mexico!

The great Burgundy wines issue from an essential and delicate balance between the earth (the Terroir), the water (which is a source of life for the plant), the air (this brings oxygen and purifies the plant) and the fire (the sun which makes the grapes ripen).

These four elements, intimately linked, create the quality of the Terroirs and the grapes that produce the characteristic wines of Corpeau, Puligny-Montrachet and Blagny.

This theme allows us to project ourselves into the future while paying homage to the past. In this time when our planet is raising cries of alarm, these four elements will emphasize the importance of the environment. 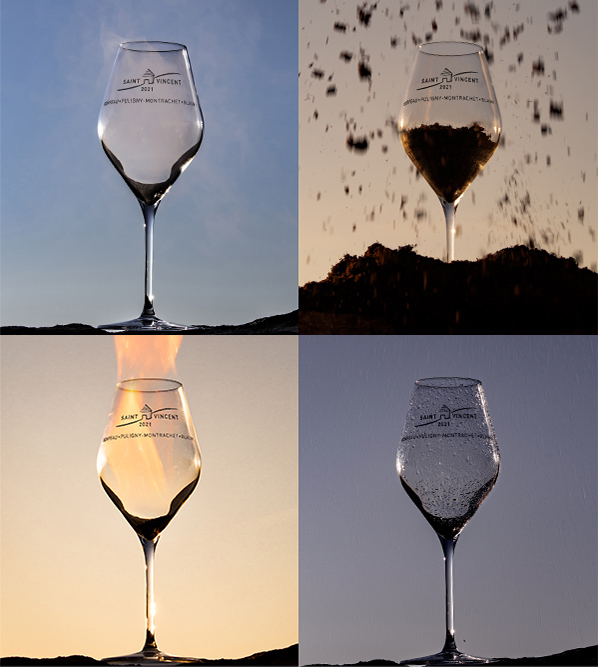 Sobriety & elegance
The logo and the glass

A cabotte, iconic symbol of Burgundy wine heritage around the world, appears on this glass emblematic of the festival. A cabotte, a small stone house typical of the Burgundy wine-growing landscape, has been constructed between the two villages of Puligny-Montrachet and Corpeau, reaffirming the deep ties between the two villages. The Montrachet hill is represented by a modern curve on either side of the cabotte

For the 78th edition of the Saint-Vincent Tournante 2021 we propose a classic and elegant wineglass. Ideal for your professional tastings or with friends! Hybrid in form, this glass will highlight our white and red wine appellations. It will also bring out the best in your sparkling wines.

The Absolu 38 from the glassmakers Lehmann is a classic and elegant wineglass. Ideal for your professional tastings or with friends! Hybrid in form, this glass will highlight our white and red wine appellations.

Characteristics of the glass

The cabotte represents the juncture of the 4 elements that is our theme, highly symbolic, a force in the wine world, simple and known the world over, it  represents in unique fashion the Burgundian identity.
The Montrachet hill is represented by a modern curve on either side of the cabotte.

SALE PRICE:
The box of 6 glasses: 40 € – Sold separately: 8 € per glass
Orders / deliveries: At points of purchase only 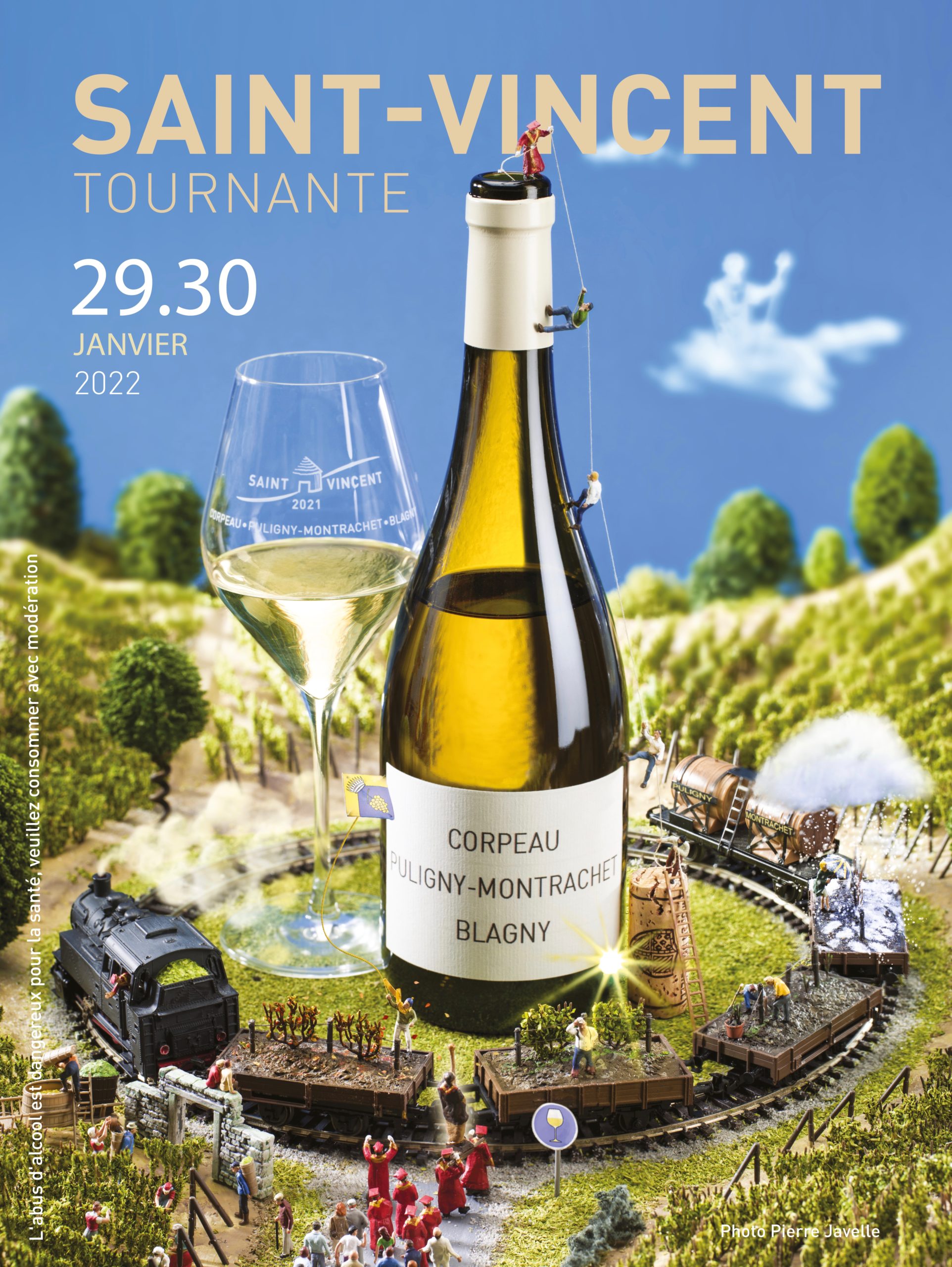 A project with great attention to detail
The official poster

A photographic project from the universe of Pierre JAVELLE and his miniature figurines to discover soon!!!

Pierre Javelle is an illustrator-photographer. He is known for his work on scaled relationships with miniature figures of mainly railway model-making. His work is published in several French and foreign magazines and newspapers. He also works in publishing for cookbooks at Hachettes Marabout.

Burgundian, generous and possessed of an original spirit!

During the creation of the poster, our organizing committee called for artistic ideas. There were two sine qua non conditions:

Pierre Javelle, Burgundian, generous and possessed of an original spirit, ticked all the boxes!

Thus his project was chosen as much for his artistic work as his originality. When it has been revealed to you we hope it will charm you as much as it has us and that it will take you on an incredible journey.

We will leave you the time to observe each detail, each symbol… Here nothing is left to chance, everything has its place with its meaning.